Early on a beautiful Sunday morning 72 years ago, the world changed. 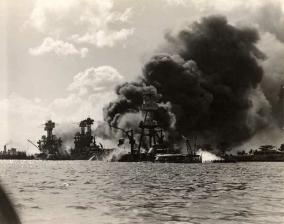