This is Tiffany (Tiffy) our new puppy. 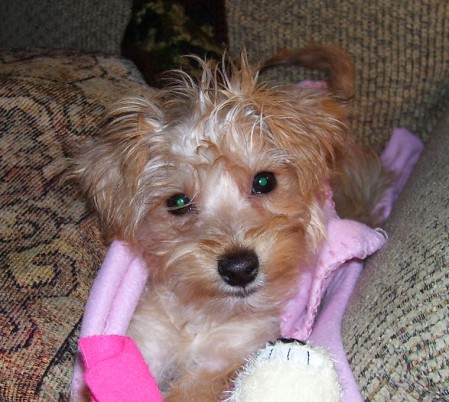 She is a Yorkshire Terrier/Bichon Frise mix. One hybrid club calls this mix a Borkie, another calls it a Yo-Chon.  Because the Bichon hair is curly and the Yorkie hair is straight, this poor baby has half and half and is having a perpetual bad hair day.

Yorkies have stand up ears and Bichons have floppy ears, hers start to stand up, then flop.

We are working hard on potty training (she mostly hits the pads) and some simple commands like sit, come, and answering to her name.

A Day That Will Live in Infamy

Early on a beautiful Sunday morning 67 years ago, the world changed.