Via Walter Olson at Overlawyered: 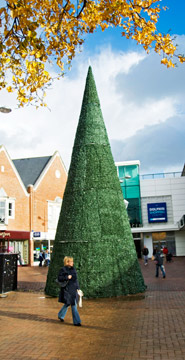 The 33ft structure turned out to be their Christmas tree, designed according to the principles of health and safety, circa 2009.

Thus it has no trunk so it won’t blow over, no branches to break off and land on someone’s head, no pine needles to poke a passer-by in the eye, no decorations for drunken teenagers to steal and no angel, presumably because it would need a dangerously long ladder to place it at the top.

One Response to The "Safe" Christmas Tree (UK)