Thanks, Roland, for giving me an earwig… Heart’s song Magic Man…

When asked in a presser today how he can be on Capitol Hill and at impeachment hearings in Springfield on Wednesday, Burris said:

Well I am, I am the magic man.

When asked about his supporters pulling the race card he said:

When one looks at his Tomb in Chicago’s Oak Woods Cemetery, we see an entire section as follows:

First African-American in Illinois to become:

President of the National Association of
State Comptrollers 1981-82

President of the National Association of
State Auditors, Comptrollers and
Treasurers 1985-86 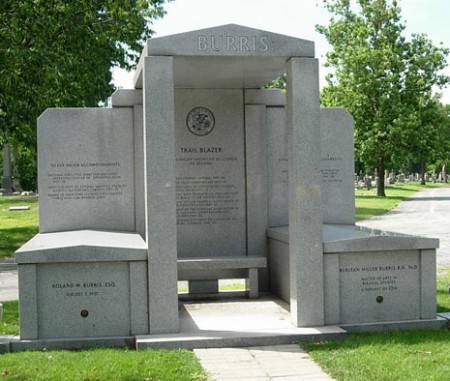 He’s never thought anything about race in all his life?

That’s the Seal of the State of Illinois above the Trail Blazer on the tomb by the way.

2 Responses to He's the Magic Man