I recently had some blood tests done to see what I might be allergic to. The tests came back with moderate allergies to egg whites, milk, and wheat. So, cake. And cream, butter, half & half, milk, Carnation Instant Breakfast, yogurt, sour cream, CHEESE, mayo, marshmallows, meringue, soy sauce (has wheat!), bread, crackers, pancakes, biscuits, croissants, doughnuts!, and lots more including whiskey, vodka, and beer.

I got the test results on March 15th and stopped the wheat and egg that day. I stayed with the milk because I can’t drink coffee without cream and I wanted butter on my cabbage for St. Patrick’s Day. By Saturday the 21st I had my last Starbucks Tiramisu Latte with milk. I’ll have to switch to a non-dairy option. Their website says they have soy and coconut. I much prefer the coconut to the soy.

We went shopping on Sunday for some alternatives for me. I found Kikkoman wheat free soy sauce and I bought some oatmeal and potato chips and Fritos. We also bought a half gallon of coconut milk and a half coconut half almond milk to try in coffee. The coconut almond milk doesn’t fit the bill for me for coffee, so I’ll use it in smoothies instead. I mixed cream of coconut with some coconut milk and that makes a passable creamer. Tuesday I found some soy creamer and a coconut creamer. The soy one said it was now creamier, but I found the coconut one much creamier. I also found some coconut yogurts that I’m going to try.

I also bought some wheat, dairy, and egg free pretzels, and some brown rice flour, potato flour, and tapioca flour. I have a little masa, but I’ll get some more. I will have to do a LOT of reading of labels. I won’t be getting rid of everything in the house because my husband and son can eat them and I am not so allergic that I can’t be around them.

I’ll find out if I feel any different after cutting these things out of my diet and keep notes of how I work around the loss of these in my cooking. I have decided that I can’t try for a competition cooking show because the items are too ubiquitous in cooking. They’re used in appetizers, entrees, and desserts. It’s not like, say, a shrimp allergy. That’s something that can more easily be avoided. 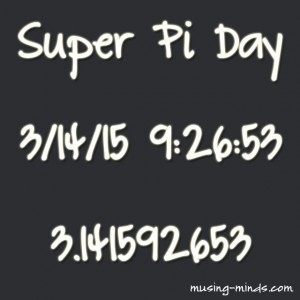 Time to Spring Ahead

Set your clocks an hour ahead tonight before you go to bed. Check your smoke and carbon monoxide detectors too. Change the batteries. 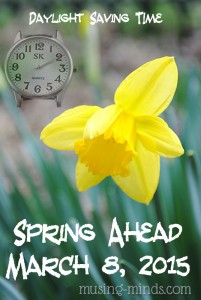