The lighting for Jennifer Lopez’s song was scary. I don’t speak Spanish so I have no idea what the song was about.

(Sanjaya makes it another week – into the top 7)

(Chris did do a good job on his song last night)

“Precious” is Crystal Gail Magnum. She has quite a history. The young men have been exonerated, but still must overcome obstacles. I wish them nothing but the best.

Dieting tip: measure out 2 tablespoons of dip (one serving) and only eat as many chips as you can dip. Generally, you’ll eat about one serving of chips instead of the whole dang bag!

After further snowing (which now seems to have stopped) the same bush as below looks like this:

Today is garbage day here and one of the recycling trucks got stuck for about half an hour in an intersection because of the snow. I don’t have a picture of the actual truck in the intersection, but I have prepared this graphic representation for you (you’ll have to imagine the snow):

There were a few power blips today as well so I went out and got one of these today for the modem and wireless router. That should allow me to continue to post something if I’m in the middle of it. 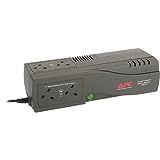 What I Woke Up to This Morning

The globe may be a bit warmer now than at other times in her very, very long life, but please honestly explain how the human race, in just about 100 years of industrialization, could have screwed her up so royally. Please explain how the human race (really only the U.S.) can fix it all. This is extreme arrogance. To think that we, as humans, cause climate change and to think that we can “fix” it.

Earthquakes, Tsunamis, Hurricanes, Tornadoes, Typhoons, Volcanoes, Monsoons, Cyclones,  wildfires. The only item in that list that may have a human cause is wildfires. Many wildfires don’t have a human cause, but admittedly, some do. Some are caused by human accident or negligence, and some deliberately. How ever, it can be said that some naturally caused wildfires may have been able to have been prevented if controlled burns and undergrowth clearing had been allowed. Tonnes of carbon from an uncontrolled wildfire may not have made it into the atmosphere if smaller, controlled burns had been allowed.

I remember when the ozone hole over the Antarctic was expanding at an “alarming rate” and we humans had to do something about it RIGHT NOW or WE WILL ALL DIE.

Chlorofluorocarbons or CFCs were determined to be the cause. The inclusion of CFCs in aerosol spray cans was stopped. CFCs as refrigerants were pretty much discontinued. There are still some out there, especially in older cars. The levels of CFCs in the lower atmosphere have been reduced, but we won’t know for a long time whether the reduction and/or elimination of CFCs has really helped.

Every year during Antarctic spring (September-December) a hole in the ozone layer develops and it closes up again by mid-summer (February).

Is the ozone hole recovering? Some reports in the media suggest that the ozone layer over Antarctica is now recovering. This message is a little confused. Recent measurements at surface monitoring stations show that the loading of ozone destroying chemicals at the surface has been dropping since about 1994 and is now about 6% down on that peak. The stratosphere lags behind the surface by several years and the loading of ozone depleting chemicals in the ozone layer is at or near the peak. Satellite measurements show that the rate of decline in ozone amount in the upper stratosphere is slowing, however the total ozone amount is still declining. The small size of the 2002 ozone hole was nothing to do with any reduction in ozone depleting chemicals and it will be a decade or more before we can unambiguously say that the ozone hole is recovering. This assumes that the decline in ozone depleting chemicals continues and that there are no other perturbations to the ozone layer, such as might be caused by a massive volcanic eruption or Tunguska like event. It will be the middle of this century or beyond before the ozone hole ceases to appear over Antarctica. What we saw in 2002 is just one extreme in the natural range of variation in the polar stratosphere and is the equivalent of an extreme in ‘stratospheric weather’. By contrast the ‘weather’ in 2003 moved to the opposite extreme and we saw one of the largest ozone holes on record.

Natural Variation. The climate has natural variations as well. Ice Ages, Warming, back and forth. The Sahara was once lush and populated.

At the end of the last Ice Age, the Sahara Desert was just as dry and uninviting as it is today. But sandwiched between two periods of extreme dryness were a few millennia of plentiful rainfall and lush vegetation.During these few thousand years, prehistoric humans left the congested Nile Valley and established settlements around rain pools, green valleys, and rivers.

The ancient climate shift and its effects are detailed in the July 21 issue of the journal Science.

SUVs and CFCs didn’t have anything to do with that.