Jim Geraghty over at the Kerry Spot has the story from AP. If they can’t cheat, they can’t win.

I’ve been watching FOX News today (sorry – can’t find a link) and every hour they’ve been running a thorough fisking of the draft story. They even got Charlie Rangel to admit that the legislation was intended to stir things up.

They say a picture can paint a thousand words.

Sometimes, though, it only takes a few words to paint a picture.

There. I’m sure every one of you saw a picture in your mind. Many of you chose one of the numerous still images of Presidential Candidate Kerry with his orange face. Maybe some of you saw John Kerry with a large, round, Jack-o-Lantern on his shoulders. Some maybe saw a jack-o-lantern with a shape more in keeping with the shape of John Kerry’s actual face.

As we go into the debate tonight, let’s remember that just a few words can paint a picture.

Assimilate: 2a: to make similar

First, I am not a xenophobe.

If you are going to choose to live in the United States, please learn to speak English.

As you can see from the above referenced links, assimilate doesn’t mean abrogate. Learning my language in my country doesn’t mean that you can’t speak your language anymore.

If I were to choose to live in your home country, I would be expected to learn the language.

A friend of mine, who just took his citizenship oath in August (Congrats!) is from Germany. He once said to me, “I call the 800 number and they say ‘Press 1 for English, 2 for Spanish’, where is the ‘Press 3 for German?’”

I lived in Germany for a year and a half. I learned enough German to get along, to be able to ask what something was; how much did it cost; where was the bathroom, etc. I heard some Americans ask if the shopkeeper spoke English and some would say no even if they did because of the “arrogant Americans who think everyone, everywhere should speak English.” Mostly, I found that if I tried to speak German, they would reply in English, because I tried.

I took French in high school, and still remember enough to get along there too. I can puzzle out some Spanish and Italian because of their relationship to French.

I can also sing the “Head and Shoulders, Knees and Toes” song in Japanese courtesy of Shari Lewis and Lambchop.

I was in Montreal once and a Scottish couple stopped a girl on the street to ask where the shopping district was. I don’t know if she was a francophone or just didn’t understand their accent, but she looked confused and couldn’t answer. I told the couple to go down three blocks and turn left, they would be in the shopping district. The Scottish woman said to me, “Thank you dear. You speak English very well.” I said, “Thanks. But I’m American”.

Last January, my husband, 4 year old son and I traveled to Davenport, Iowa to attend my husband’s graduation from college. We were walking down a street near the Radisson on a Sunday morning, and saw a Kerry campaign office. We stopped in front of the office and I remarked. “Hey, look – it’s a Kerry office”. Just at that time a Kerry campaign worker came up and went into the office. We then continued walking. I said to my husband, “He didn’t know if we were Republicans or Democrats or that we weren’t from Iowa and he didn’t say anything to us, standing in front of the Kerry office. I would have thought he would have said something. I guess Kerry doesn’t need votes.”

Boy, was I glad that I had already read Betsy’s post on the draft scare when my step-daughter IM’d me on Tuesday night.

Mom – there’s gonna be a draft and I know you and Dad are vets, but I will refuse!

She just turned 17 on September 11th. We’ve spoken to her about joining the service as a way to pay for college, to see the world. She’s said she’s a conscientious objector and won’t ever fight. Ok, that’s her choice. We won’t make her join the service.

I told her to go to snopes.com to look it up. I told her again and again, in all caps, that there is no draft.

I used the excuse of getting my four year old son to bed to sign off Messenger.

Now I hear that MTV is promulgating this rumor. Just One Minute has the story there.

UPDATE 2: Betsy has another update here.

John Walker Lindh has asked President Bush for a commutation of his 20 year sentence for “helping the Taliban”. Bloomberg has the story. He’s asking because Hamdi was let go after being held without charges. Mr. Lindh seems to forget that he’s being held because he pled guilty in a court of law and was duly sentenced.

I started reading blogs just before Rathergate hit the fan. I’ve been a big fan ever since. Since I am starting school again, hopefully I will end up with a degree this time, I have decided to try blogging myself. If nobody reads this, well then it’s just an online journal. If someone does read it, hopefully I’ll have something that interests you or gives you something to think about. I can also hone my writing skills while I’m at it.

To the left is the list of blogs that I check at least daily. Some I check more than once during the day. If you haven’t already, please check them out.

Zachriel the Angel of Memory from Jupiter 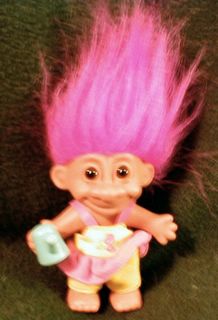