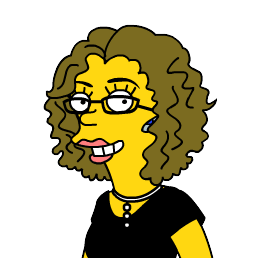 The Anchoress is Back

Welcome back my lady! I’ve missed you.

With a stepdaughter only a year younger than Lindsay Lohan, I say a little prayer for Lindsay.

She’s too young, and has too much of her life in front of her, to crash and burn.

A little prayer too, that her demons, whatever they are, leave her be.

She has to do the work, but a little prayer won’t hurt.

We went this morning after church and I must say that Michael Bay did an incredible job bringing the Autobots and Decepticons to life. The special effects were beautifully done.

One of may favorite things was the slogan on the side of Barricade, the police car Decepticon, “To Punish and Enslave…” instead of “To Serve and Protect…”

It was also very funny, which I wasn’t expecting, but was welcome.

It’s rated PG-13 and we took the 16-year-old with special needs, the nearly 13-year-old, and the 6-1/2-year-old. We discussed with the Little Guy that the movie would probably be loud and that it was just make-believe prior to going. He didn’t have any problems with it whatsoever.

This is definitely a “buy” come the DVD release date!

The Little Guy was asked if he thought our GMC Yukon XL was a Transformer. He said that he had been underneath our GMC and had looked up into the underside and he hadn’t seen a face there, so he didn’t think we had Transformer GMC.

At a local Mexican grocery store they are selling Chocolate Grandmas and Carbon is going for $3.99 for 6 pounds…

I saw this bumper sticker on a car:

I was at a stoplight to the left and behind the car with the sticker…And at the post office earlier this week (and I didn’t have my phone or a camera – my bad) there was a man and a woman with a table and umbrella and a huge sign that said IMPEACH CHENEY! and another sign (hand printed) that said, “Cheney must resign, retire or go to jail!”

These moonbats ought to be careful what they wish for, they just might get it…

Kate took the What SciFi crew do you best fit with quiz and found she was a good fit with the crew of the Serenity from Firefly. She wasn’t familiar with the show or the movie however and said she didn’t know what it meant to be a good fit for that crew. I was very tired and tried to get some sleep but woke up after about an hour and couldn’t get back to sleep unless I ranted.

Firefly, the series and Serenity the movie take place in a future where the liberals have won completely and utterly. The government is our friend. The government knows what’s best for us.

This is a world where the phrase, “We’re from the Government and we’re here to help” isn’t met with distrust, but welcomed and believed.

This is a world where failing schools, while publicly denounced, are privately welcomed because they result in an ignorant electorate who believes that the Government is there to help.

But this is also a world where the government has its grubby hands in everything else that one could possibly have a “choice” about. They tell you that you can’t eat or cook with trans fats (even though they previously told you that trans fats were better than real fat for you).

They tell you that you can’t serve or eat fois gras because its cruel to geese, but abortion is fine, it’s not cruel to unborn children.

It’s a world where a woman running for the post of President of the United States can say, “We’re going to take things away from you on behalf of the common good,” and she’s applauded.

The crew of the Serenity looks at the Government official and shuts the door in his face when he rings the bell and says he’ll help. They are, actually, pirates. They believe in individual choices, the free market, and the less government interference the better. They are, in other words, conservatives or libertarians rather than liberals. Small government, big individuality.

END_OF_DOCUMENT_TOKEN_TO_BE_REPLACED

to George Bush and Nancy Reagan! Also Burt Ward (Robin in the Batman TV series) and Tia and Tamera Mowry and Geoffrey Rush amongst others.

What SciFi Crew Best Fits You?

I found this at the Bayer Family Blog. Thanks!

You scored as SG-1 (Stargate), You are versatile and diverse in your thinking. You have an open mind to that which seems highly unlikely and accept it with a bit of humor. Now if only aliens would stop trying to take over your body.

Which sci-fi crew would you best fit in with? (pics)
created with QuizFarm.com

USHistory.org has lots of information.

The back of the Declaration says: “Original Declaration of Independence / dated 4th July 1776.” Sorry, no maps or secret messages. 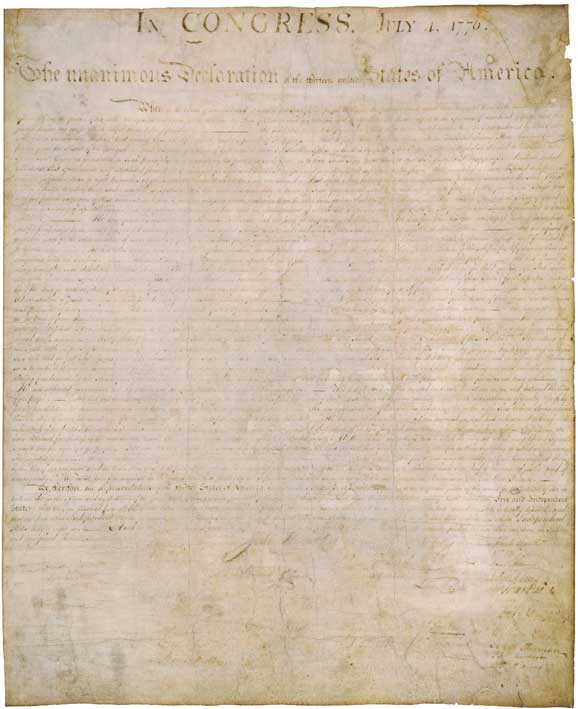 Here’s Red Skelton again, with his Pledge of Allegiance.[display_podcast]My Flag is flying (as it does every day) 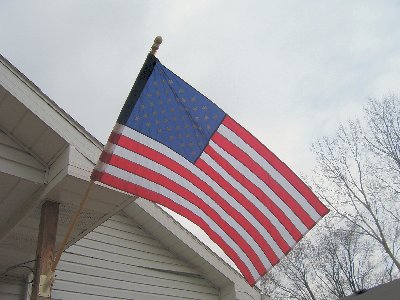 Harry and Nancy, over the weekend, were saying that the reason the 110th Congress has been so do nothing is because of “the obstructionism of the Republicans in the United States Senate.”

However, listening to Harry Reid complain about Senate obstructionism is somewhat akin to hearing a small child complain to his mother that his sibling hit him back.

Then, today, Harry said that President Bush’s commutation of I. Lewis “Scooter” Libby’s sentence was “disgraceful“:

He said Libby’s conviction was “the one faint glimmer of accountability for White House efforts to manipulate intelligence and silence critics of the Iraq war.”

He said the president had the power to commute Libby’s sentence but “history will judge him harshly for using that power to benefit his own Vice President’s chief of staff who was convicted of such a serious violation of law.”

“As Independence Day nears, we are reminded that one of the principles our forefathers fought for was equal justice under the law. This commutation completely tramples on that principle,” said a frequent Bush critic, New York Democratic Sen. Charles Schumer.